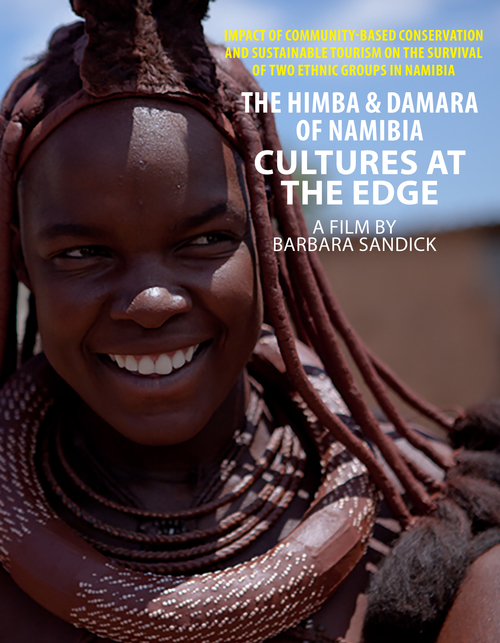 CHEYENNE, Wyo. –  A new documentary by Wyoming director Barbara Sandick examines the impact of community-based conservation and sustainable tourism on the survival of the Himba and the Damara of Namibia.

The documentary The Himba & Damara of Namibia: Cultures at the Edge covers Sandick’s journey into the most remote areas of Namibia to learn more about the impact of tourism on the Himba and the Damara ethnic groups. This 38-minute film was shot entirely on a Canon XF105 HD Professional Camcorder, recorded in full HD, 1920 x 1080 with a 10x HD video lens.

“This film provides me an opportunity to share my experiences, and to show the complex ways in which ecotourism influences us all in the global community,” Sandick said.

“Ecotourism plays a crucial role in the lives of the Himba, a role that can be continually improved as indigenous rights policies are developed and applied.”

Namibia, a southwestern African country that borders the Atlantic Ocean, has been a world leader in the area of natural resource conservation with 43 percent of the total land under conservation. As Namibia continues to grow foreign tourism, the specific ethnic groups increasingly becomes part of the attraction to draw foreign travelers, and with continued urbanization, culture and heritage are profoundly threatened.

Sandick focused on the Himba and Damara because they reflect the complicated weaving of forces threatening to blow their cultures apart and the forces holding them together. “I have spent 18 months immersed in their culture, trying to understand their challenges, observing the vast potential for change, and embracing heritage as a fundamental need to be recognized and preserved.”

Sandick is interested in the challenges faced by developing nations and the difficulty in bringing positive change and sustainability to communities that are located on or near wildlife conservancies or national parks. She produced and directed the film as part of her work on her Master’s thesis. 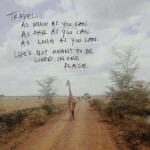